They say about me Contemporary art is often difficult to understand. The goal of the Easypop project is to make the interaction between the works and the user as simple as possible


Easypop looks like a utopian, surreal project that intends to highlight the banality of the reality we live in, aiming at fame and abusing popular images to represent their superficiality. Familiar images and ironic text, cynical at times, combine in collages that want to stimulate the observer to reflect. Easypop is therefore an attempt to make contemporary art accessible to all. But let's Roberto Mazzeo, the founder of the project, explain why he believes in this project.

How did Easypop originate and what's its goal?

The Easypop project is born out of passion and curiosity for art, especially modern and contemporary art. I have always been fascinated by the human capacity to transmit our emotions and inner research, to represent the discomforts and strains of our lives and to anticipate the vision of the future to come. Although I haven't done specific studies, I have always had the push to know what clearly should be the vehicle that leads us to the future, that helps us deepen our research on ourselves and our evolution. The project was born out of play, I was attracted by the Neo Pop production, especially the Italian one. Being aware that almost everything had already been illustrated on canvas, I asked myself what original contribution I could make and decided to give it a try.

How did you start?

Neo Pop inspired me because using popular images, icons and cartoons as predefined tools was like having a Lego box at hand and so, as I did as a child, I started assembling them. By combining these images with works of famous artists, especially of modern art, the paintings try to stimulate curiosity with irony, to catch the attention of both art lovers and those who know little or nothing about art.

Gaming, irony, but also cynical works that, by means of the purposely banal logo (the smile), mocks and scorns the work of art itself or even the observer, taking on an always different role in the representation. Also, this is the concept that permeates Easypop: if today creating art means amaze people, to get yourself talked about, adopting marketing strategies, why not play the game with the right self-irony?

At the beginning of this adventure one fundamental thing was the understanding and the collaboration with a friend of mine who gladly decided to follow my ideas. Then another friend joined, and she was also very enthusiastic and eager to participate. Ultimately, Easypop is made up of three people who bring their specific qualities to the project.

At a time when culture in Italy is in a crisis, what is the way to go?

The role of the school is fundamental, of course, and it is as predictable to say, as it is inevitable to point out. Then, until people will not understand that art and culture in general are the lymph of our country and that managing it properly can produce economic benefits, we will not get out of this tunnel. Culture and money seem like two dissonant words, but without the right investments, nothing will ever change.

How will Easypop evolve, and what are the next commitments?

We will continue to follow the chosen path and pick the thousand available images to get the funniest combinations and that also have a logical sense. In parallel, we are already making a series of paintings focused only on the logo. Easypop's smile will be the absolute protagonist and with his smiling face will play various roles, including self-celebration, criticism of the Art market and the contradictions of our time. Looking at future programs, as well as participating in various collective exhibits, we are trying to organize a pop art show here in Rome, involving also some professional friends. 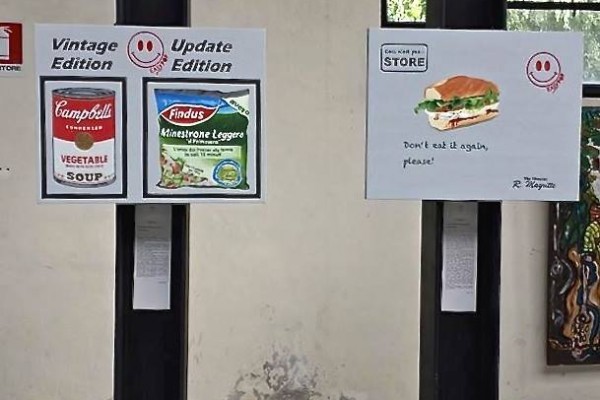 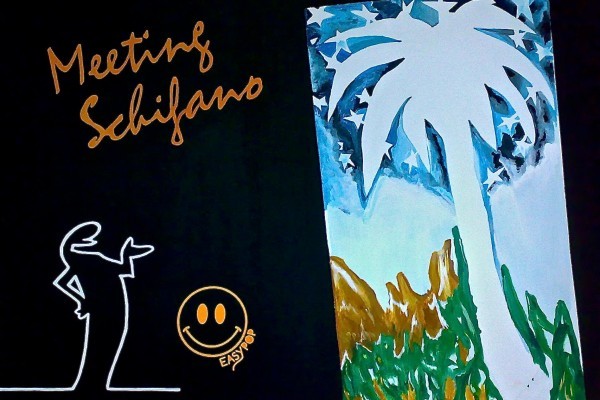 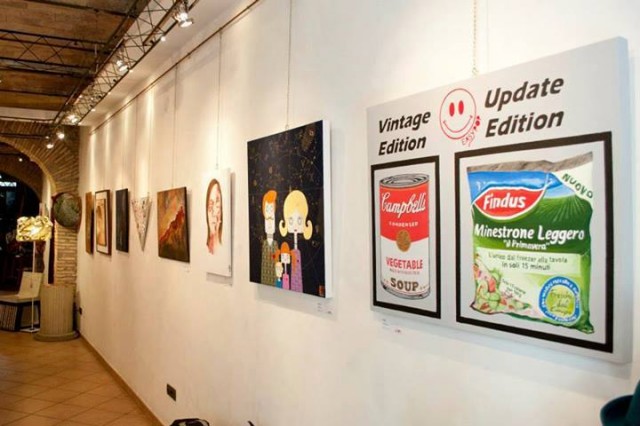